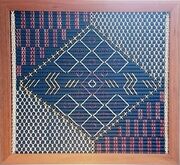 I sing of the koru. I sing of the endowers. I sing of the roots of this dance. They are my words and my errors; I own any mistakes in the delicate weaving of this tale. Any credit goes to the community. These were not my deeds, but the actions of others. I face any criticism I might for breaking custom; this tale must be sung.

It is usually hard for new people to understand what they are joining at first as they stand outside the ring and look at Koha. This project is a dance. When you do not know how to dance yet, you take the hand of an elder, and in your tiny moccasins, at their large, safe side, you follow their feet. I learned the steps at the side of a good man, the ancient cracks of his white moccasins contrasting against the bent green blades of grass, the clear sky of the Shenandoah Valley guarding our Gathering, my tiny hand lost in his large weathered one. Round and round, I followed his feet until I learned to honour the drum in my heart and my dance. The members of the Koha community are all following the footsteps of those that have given this gift in a widening spiral.

The dance started more than a cycle ago with the free gift of equipment. Beginnings are important. This gift, that server, was given with an open heart one to another, from a community to an individual. That recipient was tribal. We are all tribal if we go back far enough; understanding tribal customs - any given set of tribal customs - is the key to not stepping on toes. In this first giving, that first spark was struck, the learning and crafting began. In a laundry room. In a flat. (1.07 into Rosalie's Keynote) Beginnings, while important, are not always romantic. The spiral was wound tight then; a dot at the centre, not even a thought.

An exchange of need took place. He needed a tool to learn his craft. In time, the Librarians needed that knowledge to create a new tool to serve their community. Without knowing it then, these three would become the lead dancers and master of ceremony; they were dancing first, it is so. Passing the lead dancers, in all but exceptional circumstances, is forbidden. This is a responsibility, too; the leading is through the dance, they must walk the walk.

It is often misunderstood that worth is in a community member's role, that Developers are worth more than Librarians. Both were needed for Koha to take shape. "It had to be a partnership process." (15.28 Rosalie's speech) As every book its reader, and every reader his book; every task its member, and ever member her task.

The moon waxed and waned. The tides brought more sand to Waitarere. The bond of trust between the Librarians and the Developer grew. Y2K issues reared their head. (9.48 in Rosalie's speech) Scouting was fruitless; the systems in the pasture were "too dear, too simple", or not viable over POTS. (11.47 in Rosalie's speech) Funding was secured to create a new system. The famous "How hard could it be?" first passed adventurous lips round this time.

The work began in earnest with about 3 months remaining until the big turn of 2000. Katipo and the Librarians tired endlessly against that tight deadline. In midsummer, the long run was over. Despite missing the millennial New Year, Chris saw daylight once again, and the Libraries of the Horowhenua Library Trust were online with Koha. With the love put in the making, Koha was good.

Nearly right out of the gate, Koha was good enough to win awards. Minnesota Mining and Manufacturing awarded its 3M Award for Innovation in Libraries in 2000. If that weren't enough, an Interactive New Zealand award was added to the blanket. Koha was not only good, it was infectious.

The People saw the dancing was good, and they joined in.

The listserv took shape in the winter, the time for thought, the time for crafting, the 13 July 2000. The next summer, 16 February 2001, the Developers get their own list. The order from the beginning has always been People then Developers. We support each other.

Between these two lists, Glenn Stewart sends a patch on 16 December 2000 and Steve Tonnesen commits his work on 6 January 2001. The work is getting lighter with each set of added hands. The gathering is growing. The spiral has begun to unfurl.

This unfurling can be frightening to some. The widening of the spiral takes great care. Dance too quickly and members of the community will tire or cease knowing one another well enough to trust. Preventative steps were taken to improve communication, which in turn helped speed collaboration.

In 2002 the IRC channel was born. Pate was elected our first Kaitiaki. Rachel Hamilton - Williams puts much work into the website. Roger Buck constructs a wiki. The French lend their energy. Excitement starts in the States; Nelsonville takes to the ring.

By 2003 it is safe to say that the whole world is watching. The breakneck pace of the very first release never seems to slow. 24 June 2003 we see 2 in front of our releases. The project spirals much larger than Chris and the Horowhenua Library Trust now, Paul Poulain becomes the Release Manager for 2.x. Luckily for everyone, he's a wonderful head dancer.

As the interface of the programme itself changed, the Community shifted. The pace of the dance was wild. Stop photography is needed to get the good shots! Mercy is needed to excuse my missing the contributions of this timeframe. In whirling hops, the graphical overlay of the programme was a radical departure from 1.x. Enter the era of the lime green, though it's fall in Horowhenua.

The same day that koha 2 pre run hits the ring on 24 June 2003, Joshua Ferraro is our 26th committer. Calyx commit in during the August chill.

Helen Clark [mentions Koha] to the Chamber of Commerce.

A good manager never expects those on his team to work harder than he would. As ambitious as Paul is with the roadmap, much of the work doled out is marked with a pp. Let us not forget how large the changes at this time were, too. Enter MARC, in all of its trouble making glory. While these changes were a catalyst to the widespread adaptation of Koha, much of the innovation and FRBResque qualities of the programme were to be lost with the tide.

Those that seek to seize power try in vain to capture a breath of spirit or a flow of water.

History is best straight from those that lived it. Catch Rosalie Blake's presentation whether you were in Wellington in 2010 or no.

Paul Poulain harbours an intense love of history and has offered two wonderful presentations on Koha's history. One of these was given at KohaCon 2009 in Plano, the second was at KohaCon 10 in Wellington.

Also well worth a trip is Chris Cormack and Andrew Caudwell's visualisation.

The text behind the visualization is available here.

How Hard Can It Be? the article.